I am sitting in Starbucks drinking an iced coffee with whole milk and 4 splenda.

This guy, probably in his 40’s comes walking in wearing a New York Mets cap. 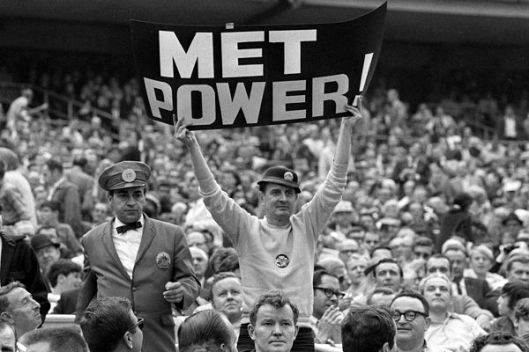 Here in East Lansing, Michigan in the 22 years I have been around, I have not seen one New York Mets hat.   I’ve seen a few Yankees caps but Mets? Not so much.

“Cool, you don’t see many Mets hats around here,” I reply.

Dude turned out to be cool.  A friend of his showed up moments later, he was from Queens.

We chatted a bit.

In my late 20’s I moved from the avenue down to the new condo’s on the Park Side. (Thank you Ray Corbett)

I was there for a couple of years before moving to 11th avenue and Prospect. (Thank you Mary)

My wife and I then moved to East Lansing, Michigan. (Took us 14 hours, we had a van  and a small trailer hitched on the back, thanks Marty Hogan)

We were in the same spot for the past 13 years – we finally found a very nice spot one mile away, which happens to be much bigger.

Moves can be stressful, especially if you have a child(ren) I wasn’t thinking much of it while schlepping boxes and furniture out of the old spot and into the new. I used it as a workout! 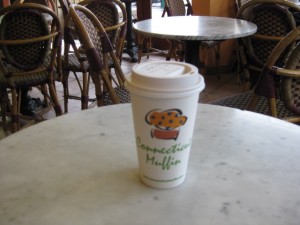 This morning was the second day here at our new address – I woke up before everyone else and needed coffee (I’m addicted).  There’s two coffee shops within walking distance but I wanted to relax at the dining room table and write a blog entry.   I found the red coffee maker, which happened to be on the counter,  pulled out the milk from the fridge and grabbed a fresh new coffee mug from Starbucks (a house warming gift)

I opened up the bag of Starbucks coffee and was ready to get after it.  (Why is it so hard to close these coffee bags?)

Standing in the kitchen looking around, I thought to myself, ‘something’s missing‘…THE SUGAR! Where’s the sugar?  Damn, where is it?  God dam sugar, where are you?  (We can’t be out can we?)

Like a mad man I was going through every box in the kitchen like Junky Joe.  Ripping things open, tossing things aside, making more noise than usual at 7:00AM.  I even looked in the fridge! Who puts sugar in the fridge you dummy?  The aroma throughout the house of the fresh coffee was driving me nuts. (Hope I don’t wake the fam)

The beeping noise our coffee maker ‘makes’ was going off like a truck backing up on the street, ‘beep, beep, beep’.  I can’t drink coffee without sugar. Damn it!  Should I throw on some sneakers and walk to one of the coffee shops and grab some packets of sugar?  Nah, that would be weak.

Feeling frustrated and a bit perturbed I walked upstairs, nudged my wife where I found her sound asleep and asked her where she packed the sugar?

“In the Trader Joe’s bag on the counter.” she whispered.

I sprinted downstairs, found the sugar, scooped up a ton and tossed it in my mug.  Last night we had Chinese food,  so unable to locate a spoon, in order to stir my coffee I used chopsticks that were sitting on the counter (relax, I rinsed them off)

I’m a much better human after I have consumed some java.

The day can begin now!

(Sorry baby, didn’t mean to wake you but I was feigning.)

My daughter Taylor attends school with a very nice girl whose mother happens to be a middle school teacher out here in East Lansing.   We got to talking one day and it turns out she is a very good writer who once made a trip to Brooklyn and wrote a poem about a memorable night.  Thanks Marianne:

That summer in Brooklyn

the streets were hot to the toes

to the corner store

to buy a pack of Camels

which would heat up this tin can

on this June day.

from the full length

This was her first communion day

and she was a miniature bride,

a prayer or Aunt Helen’s

But she was dutiful

would be grumbly without his cigarettes,

so she abandoned the mirror.

tap down the wooden staircase

to the vestibule below

where she was silenced

by the red runner rug.

She was gone too long

for a pack of Camels.

Just when we had decided

to look for her,

knowing she was probably transfixed

by the candy counter at Martuzzi’s store,

we heard those shoes,

As she stepped in the door,

I looked at the tips of her shoes

dripping down her legs,

had pushed her down

pushed himself into her

hard and without sound.

She told us that she

held on to the Camels,

tight in her hand,

so she wouldn’t feel

him where he wasn’t

That night I remember

and the little bride’s dress

covered with the red stains

“Just about everybody was male and everybody seemed to be drinking beer in tall white foam cups. Farrell’s smells like beer, has a hardwood floor, and neon Budweiser signs and an American flag in the windows.”

This morning, after dropping Taylor off at an American Girl Doll get together, I ventured over to the campus of Michigan State University to take in the men’s basketball open gym.  Former and current players along with recruits play a couple of hours of pick up basketball (for those who don’t know, I worked on the coaching staff at MSU from 1999-2001)

When it was over, I met up with guys like Mateen Cleaves, Steve Smith and the likes.  I left and made my way to a very good breakfast joint about a mile away.

Today was a big day for Michigan State Spartan fans here in East Lansing – it was a home game vs Notre Dame.

As I walked through campus, everywhere you looked, people were tailgating.

Spartan fans showed their school spirit sporting their favorite t-shirts and hats.  Some even paint their mugs.

It’s safe to say, College football is big-time in this town.

Think about that – we had the Jets and Giants from the NFL, that was it. (Shut up, I know we had Farrell’s and McBears, kicking ass, but that was SUNDAYS!)

For the  lucky college grads from the neighborhood, they had Iona, Fordham and St. John’s.  Shoot, we even had Columbia. (To all you S.F.C. Terrier graduates, you didn’t have a team)

Hofstra has made strides over the years, but back in the day, I don’t ever recall seeing them on the map!

Rutgers? Nah, I can’t count them…

As a kid, I often filled out football tickets (or sheets) down in Timboo’s and tried to pick four college teams to cover the spread – I only hit the ticket a couple of times.  I’d pick teams like Utah, Syracuse, Nebraska and USC.  We’d watch the game, check the scroll at the bottom of the screen and even call Sports Phone every 20 minutes; remember King Wally?

(Sorry, Syracuse doesn’t count as a favorite team to root for, they were located too far up North)

I did adopt the University of Oklahoma though.  I loved Barry Switzer and his wishbone offense.  Those guys were the real deal.

Their quarterbacks were speed demons.  Their running backs, well let’s just say they were human gazelles.

Back in the day I was able to watch them maybe twice or three times per year on television.  Today, If I were still a Sooner fan, I’d probably get all their games on the Dish and I’d be able to follow them via the Internet.

School spirit is special – I graduated from Central Michigan University in 2003 and my interest has grown for their program – my my lovable Chips! They have a really good QB this year.

As I see little kids tossing around the pigskin in East Lansing, rocking Spartan jersey’s, it would’ve been cool to own a college jersey and feel like a big time college football player, rooting for a team in my hometown.

We all have our outlets – places we go when things get too stressful. Some more cozier than others.

I think I have rediscovered mine.

The other night I was watching a Nike commerical with some guys dribbling the basketball to Afrika Bambaataa. It was sweet…

I quickly grabbed my basketball, laced up my shoes and rushed out the door. (Let’s go Taylor, grab your bike, we’re going to the playground!)

While she rode ahead of me, I jogged behind bouncing the ball through the streets of East Lansing. People sitting on their porches or putting out their trash must’ve thought I was crazy! (Rocky Balboa would’ve been proud!)

While I dodged on-coming traffic and controlling the ball, I thought back to the days where I’d go out at night and meet up with Andy Purdy!

The game would conclude somewhere around 1:45-2ish…

Late in the 4th quarter I’d begin to put my sneakers on and search for my ball.

At the buzzer I was out the door.

Jogging down Windsor Place towards PS 154 schoolyard dribbling my basketball passing people who were heading up to Farrell’s or getting off the train, on their way home from being out.

At 10th and Windsor I would meet up with Andy.

We’d both walk down the quiet, tree-lined residential block together, enter the dimly lit, vacant schoolyard and play ball until 4AM!

We’d shoot jumpers until our arms fell off, pass back and forth to each other working on our passing skills, we’d also practice dribbling and imitate the plays we saw earlier that night.

I would stand at the top of the key like Magic Johnson directing the Lakers offense and Andy would be on the right wing like Michael Cooper.  I’d look his way and nod my head and on cue he’d cut to the basket.  I would loft the ball up by the goal and Purdy would throw it down with one hand like the ‘Coop-a-loop’ we had witnessed earlier that night.

The other night while I was in the playground and Taylor was running around with some freinds I was working on my dribbling. I was going up and down the court from one end to the other; people were looking at me like, ‘who’s the bald-headed guy with glasses looking like John Stockton’?

Cross-over, behind my back, through the legs…I was staying low to the ground and never ever putting my head down!

No jump-shots, no lay-ups.  This was a night to get my handle back.

While the sweat poured off me and my fingers began to accumulate the dirt on it’s tips from the blacktop I thought back to the nights when Edgar, Gammey and Myself would shovel the snow off the court in the boy’s schoolyard. Edgar and Gammey were great point guards – magicians with the ball so all we did was go up and down from baseline to baseline. No shots, all dribbling drills.

It’s no wonder those guys were outstanding playmakers – while others were sleeping, they were working on their skills.

I could be with Glenn, Jimmy or Joe Lee. All of us in the yard just playing.  No B.S., No cares or worries. We just balled!

The getaway…Boy what I would do to spend another night in the boys schoolyard playing ball.  But as long as I got my legs, ball and some asphalt, I will keep working on my dribbling.