Matter of fact, I could even go for showing up on a Saturday morning and being the first one in the yard getting a few shots up.

Those were the days my friend… 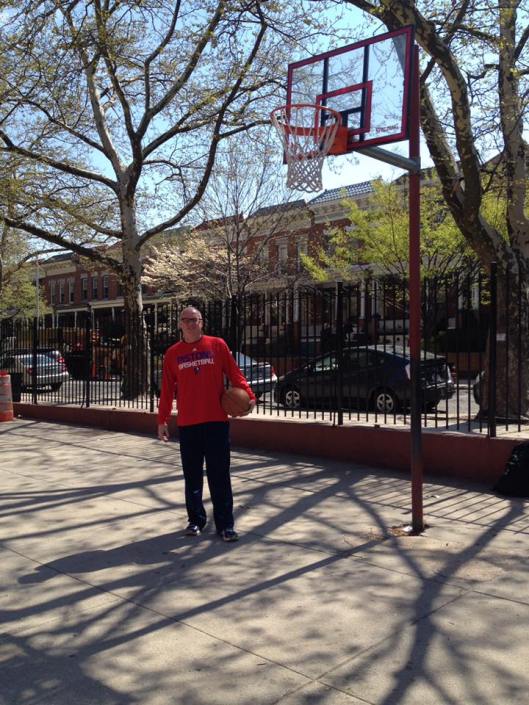 Check out the background… 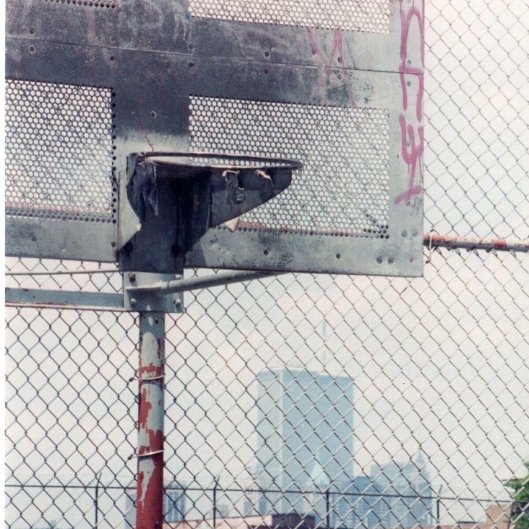 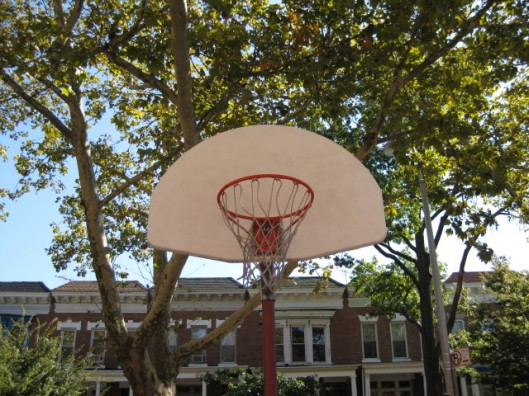 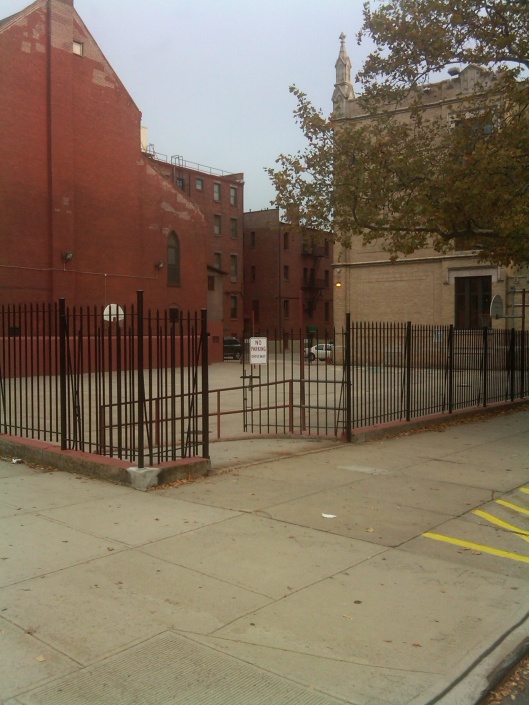 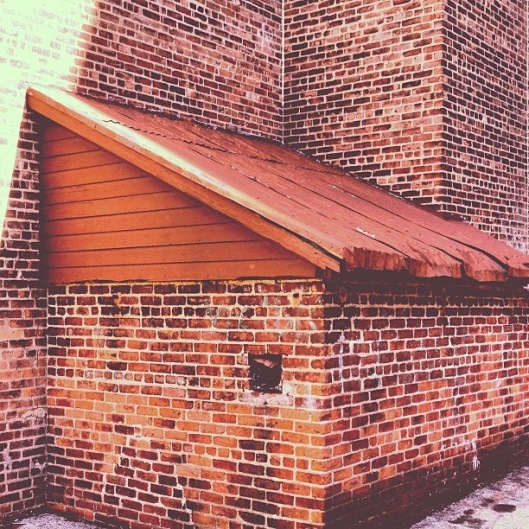 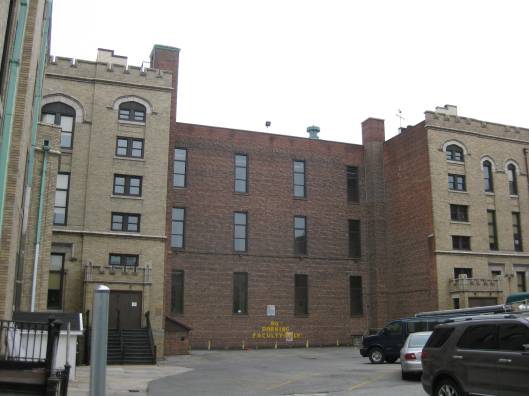 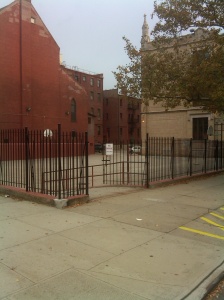 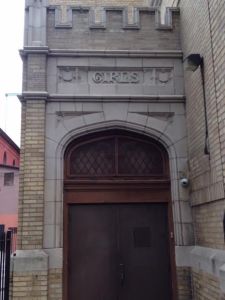 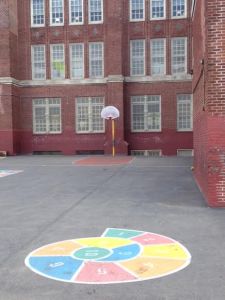 Out here on my own.

Hot as hell. Probably the hottest night this summer.

We spent the afternoon at Brighton Beach. I got an awful sunburn.

Mom left for upstate with my sister. I didn’t want to go because I had a summer league game in the boys schoolyard. We lost. I barely played. The coach is a jerk. He barely plays me. Why am I even on the team? I think of quitting.

The bottom door of our apartment is locked; I check my shorts for the key. Oh shit, I lost it.

Now I’m fucked. They won’t be back until late Sunday night. Shit, I should have went with them.

It’s after eleven, summer league is over, it’s pitch dark in the boys schoolyard, I go back and try to find the key.

It had to fall out of my jean shorts while I was sitting down. This isn’t the first time I lost my key.

Walking around in fucking circles, I can’t find anything. Wish the lights were still on.

One night Danny forgot to shut the lights off so I came back at midnight with my ball and got some shots up until a priest threw me out. Hey at least I was staying out of trouble, right?

I give up looking for the key after ten minutes; story of my life.

The key has to be here somewhere, no?

Walking down Prospect Avenue towards Fuller Place I think I’ll go to my cousins house.

They own a sweet house with a cool front porch that no one ever sits on.

I like going over there. My Aunt and Uncle are cool.

My cousins, well let’s just say they’re like my brothers and sisters.

I hang a left on Fuller and see a few people out on their stoops.

“Hey Red, how you doing?” an old lady asked me.

She’s sitting on her porch. It looks comfortable. Wish she would invite me up to have a seat next to her.

But that probably ain’t happening. I don’t think anyone on Fuller Place likes me to tell you the truth.

I wave and keep going.

There’s a girl I know who lives in the corner house, she’s walking her dog. I smile at her. She pays me no mind as I pass her.

As I walk up the steps At twenty-nine Fuller Place, I look through the window and the lights are off.

Where could they be?

Whenever I play stickball on Fuller Place and I have to hit the bathroom, I always run inside, up the stairs and use their bathroom.

“You only come here when you have to take a shit!” My uncle shouted from the kitchen. He likes to break my balls.

I glance at him and smile.

Out the door and back to my stickball game…

But tonight there’s no one home.

Good thing I don’t have to go to the bathroom. I try opening the  front door but it’s locked. The doorknob doesn’t move. It’s weird because when they are home, they never lock their door.

I take a peek in the neighbor’s window and there’s someone on the couch watching television. He’s laughing at something.

Walking down Fuller towards Windsor Place I hang a sharp right and head towards tenth avenue.

There’s a crowd outside the Windsor Pub.

A couple of guys are yelling. The noise gets louder as I get closer.

Maybe my brother’s there, I’ll get the key from him. But he gets mad when he see’s me around the bar. So maybe I should keep going down to 154 schoolyard. There’s a girl I have my eye on who lives on Horace Court, maybe she’s hanging out?

I get closer to the group on the corner and there’s a big fight.

A couple of guys are on the floor, rolling around punching the shit out of each other.

“KICK HIS FUCKIN’ ASS!” one guy demanded, as he holds a bottle of beer in his left hand.

I hear a cop car coming along tenth avenue from Prospect Park southwest; the siren, the lights flashing. It’s like a scene out of ‘Dog Day Afternoon’.

I have a feeling there’s going to be some heads smashed in. The cops don’t take any shit from anyone.

A few people who live nearby are out on their stoop taking in the action. They probably called the cops.

The black and white pulls up in front of the bar.

Two cops get out with nightsticks. They leave the car doors wide open. I move closer, to get a better look.

“BREAK IT UP!” one cop ordered as he muscles his way through the group.

The two cops make their way to the two fighters on the ground and pull them apart. The cops look funny because one is real tall, the other is short.

“GO BACK IN THE BAR YOU BUMS!” the taller cop shouts.

Both fighters do as they’re told and walk into the bar.

One of the fighters picks up his blue, New York Mets baseball cap and places it on his head; it’s backwards.

The cops walk back into their car and drive away. The cop on the passenger side looks at me.

I head across tenth avenue towards Prospect Avenue.

I don’t have a fucking key. I’m locked out.

“Excuse me Mr. Officer, can I sit in the back of your patrol car and cruise with you guys?”

Just a few people sitting at the bar. Not a soul out on the corner in front of the bar.

Across the street there’s a girl sitting on the stoop of the deli.

I walk across Prospect Avenue notice it’s Mary, a good-looking blonde who lives on Prospect Avenue; we used to be in the same class together at Holy Name.

She looks up and shakes her head, “Nothing,” she assured me.

I don’t know what to say.

She probably had a fight with her boyfriend. He’s always yelling at her.

Mary has her head down, hands on the side of her head.

Looking across the street I see two people walking out of McBears, they’re clearly drunk. A Car Service pulls up, they hop in and make a dash up Prospect Avenue.

I don’t waste Mary’s time, leaving her alone I head up Prospect Avenue, towards ninth avenue.

What else could I have done?

What should I had said to her?

Should I have sat down and talked to her?

Yeah right, then her boyfriend pulls up in a car with his friends and they kick my ass.

I get to the corner of ninth and Prospect outside the church.

I look at Jesus on the cross.

“What am I gonna do Jesus?”

He stares back at me.

Again, no answer from the son of God.

I head across the avenue and walking towards me is La-La.

It was just a couple of days ago we made fun of him and he chased us down to PS 154’s.

La-La is deaf. He always wears black dress shoes. We break his balls often. He’s never caught us. I once saw him go to the rectory and cry like a baby to a priest.

I think of crossing the avenue but it’s too late.

We cross paths and he looks at me. We make eye contact and I thought I was going to piss my pants right there.

He stops. I keep going past him.

I speed up as I pass Key Ford.

I turn around to look back and he’s still looking at me.

That’s what he said.

That’s all he ever says along with pointing his finger at you like my third grade teacher Miss Lynn.

I pick up the pace and quickly turn the corner at Windsor and ninth and head down towards eighth avenue.

Thank God La-La didn’t chase me. I’m in no mood to run.