This afternoon reading the NY Times I came across this article on parent discipline towards their child written by Hillary Stout (any relation to Billy from 19th street?) Why do we as parents yell at our kids and when?

“Yelling is done when parents feel irritable and anxious,” said Harold S. Koplewicz, the founder of the New York University Child Study Center. “It can be as simple as ‘I’m overwhelmed, I’m running late for work, I had a fight with my wife, I have a project due — and my son left his homework upstairs.’ ”

It’s funny because as I’m composing this blog entry, I’m yelling at Taylor, our ten year old.  Do you recall being yelled at as a kid?  Here’s a piece from the article on a study researchers conducted:

Numerous studies exist on the effect of corporal punishment on children. A new one came out just last month. Led by a researcher at Duke University’s Center for Child and Family Policy, the study concluded that spanking children when they are very young (1-year-old) can slow their intellectual development and lead to aggressive behavior as they grow older. But there is far less data on the more common habit of shouting and screaming in families.

This can be true and not so true.  I know some people who say they have been screamed at, spanked and hit hard actually by their parents but turned out just fine.  And on the subject of yelling, the article states:

If someone yelled at you at work, you’d find that pretty jarring. We don’t apply that standard to children.

There’s a valid point there. I would hate for my boss to yell at me. I’m also beginning to learn more and more that my athletes do not liked being screamed at by their coach. 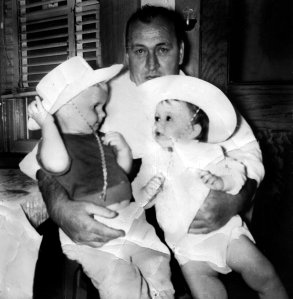 On a final note, a friend of mine who shall remain anonymous once told me his method of working on his quickness and agility was dodging punches from his father.

10 thoughts on “SPANK, SCREAM AND SHOUT!”